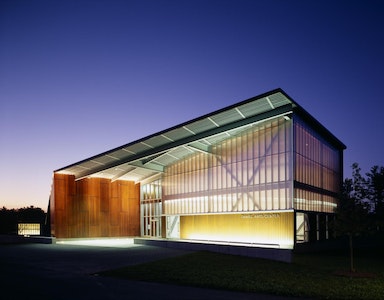 Want to see your chances of admission at Bard College at Simon's Rock?

We take every aspect of your personal profile into consideration when calculating your admissions chances.

Two essays are required. The first is an original essay based on the prompt, “Why here, why now?” This essay should be 500–1,000 words (about two to four pages). Show us how you think, what matters to you, and your personality.

For the second essay requirement, you have one of two options:

Submit another original essay based on the second prompt, “Critical Analysis: W.E.B. DuBois.” This essay should be 500–1,000 words (about two to four pages);

Upload an essay that you’ve already written and which has received a grade from a current or prior teacher.

Leaving high school to begin college early is an unusual choice. What goals, ambitions, and motivations have led you to apply for admission to Bard College at Simon’s Rock? Are there particular experiences, either academic or personal, that have contributed to your desire to begin college early? How does the particular kind of education and community that Simon’s Rock offers fit your own desires for intellectual and personal growth? How will your presence affect the academic and social environments at Simon’s Rock?

1. Write a 500-1000 word essay interpreting the following excerpt and discussing its implications for education, inclusion, and democratic society.

“[T]he hushing of the criticism of honest opponents is a dangerous thing. It leads some of the best of the critics to unfortunate silence and paralysis of effort, and others to burst into speech so passionately and intemperately as to lose listeners. Honest and earnest criticism from those whose interests are most nearly touched,— criticism of writers by readers, of government by those governed, of leaders by those led,—this is the soul of democracy and the safeguard of modern society.”

2. In this excerpt, Du Bois describes the experience of African Americans pursuing an education in post-Emancipation America. Write a 500-1000 word essay interpreting the excerpt and discussing how it might speak to the present day pursuit of knowledge, self-awareness, and authenticity.

“It was weary work...If, however, the vistas disclosed as yet no goal, no resting-place, little but flattery and criticism, the journey at least gave leisure for reflection and self-examination; it changed the child of Emancipation to the youth with dawning self-consciousness, self-realization, self-respect. In those sombre forests of his striving his own soul rose before him, and he saw himself, – darkly as through a veil; and yet he saw in himself some faint revelation of his power, of his mission. He began to have a dim feeling that, to attain his place in the world, he must be himself, and not another.”

Read our essay guide to get started. Submit your essay for free peer review to refine and perfect it.
Submit or review an essay

The essay demonstrates your ability to write clearly and concisely on a selected topic and helps you distinguish yourself in your own voice. What do you want the readers of your application to know about you apart from courses, grades, and test scores? Choose the option that best helps you answer that question and write an essay of no more than 650 words, using the prompt to inspire and structure your response. Remember: 650 words is your limit, not your goal. Use the full range if you need it, but don‘t feel obligated to do so.

Some students have a background, identity, interest, or talent that is so meaningful they believe their application would be incomplete without it. If this sounds like you, then please share your story.

The lessons we take from obstacles we encounter can be fundamental to later success. Recount a time when you faced a challenge, setback, or failure. How did it affect you, and what did you learn from the experience?

Reflect on a time when you questioned or challenged a belief or idea. What prompted your thinking? What was the outcome?

Reflect on something that someone has done for you that has made you happy or thankful in a surprising way. How has this gratitude affected or motivated you?

Discuss an accomplishment, event, or realization that sparked a period of personal growth and a new understanding of yourself or others.

Describe a topic, idea, or concept you find so engaging that it makes you lose all track of time. Why does it captivate you? What or who do you turn to when you want to learn more?

Share an essay on any topic of your choice. It can be one you‘ve already written, one that responds to a different prompt, or one of your own design.

Read our essay guide to get started. Submit your essay for free peer review to refine and perfect it.
Submit or review an essay

What will first-time readers think of your college essay?

Join thousands of students getting and giving peer feedback on college essays—all for free!
Submit or review an essay